A HISTORY OF BALLOONING

While the concept of hot air ballooning goes back thousands of years, physically putting a hot air balloon into the air didn't happen until the late 1700's… 1783 to be exact. The Montgolfier Brothers (Jacques-Étienne and Joseph-Michel) initially sent a sheep, a chicken, and a duck up into the air successfully. Following their initial flight triumph, they decided to send up two men up for about 20 minutes! The selected men were Pilatre de Rozier & Marquis François d'Arlandes, who were not condemned criminals as King Louis XVI had originally wanted. In fact, Pilatre de Rozier, known as the world's first balloonist, had to petition the King to be on the first manned hot air balloon flight.

After manned hot air balloon flights were made successful, next in the evolution of balloons came the first manned hydrogen balloon flight by Jacques Charles with Nicolas-Louis Robert on December 1, 1783, making it up to 3,000 meters high!

Flying across the English Channel was the next significant milestone in ballooning, a feat Jean-Pierre Blanchard accomplished on January 7, 1785.

The first manned balloon flight in America was on January 10, 1793 by Jean-Pierre Blanchard using a hydrogen filled balloon. President George Washington was in attendance as the balloon took off. 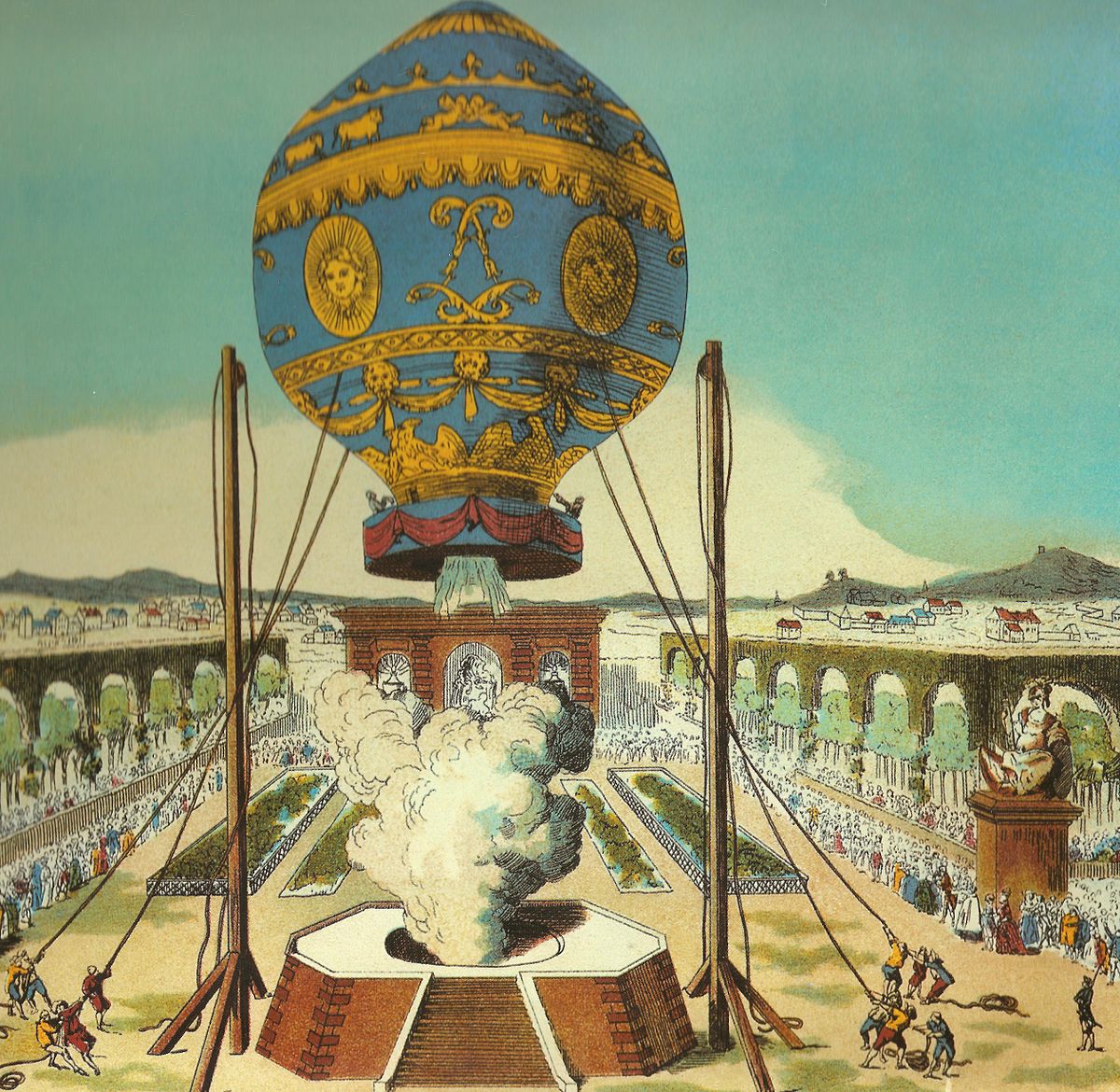 Throughout the 19th & 20th centuries, balloons served in the military and were utilized for scientific research purposes throughout the world.

With the arrival of the airship (also known as a blimp or dirigible), the hot air balloon lost its place in air flight, as the dirigible was actually maneuverable and able to carry more people.

Then, in the 1950's, modern hot air ballooning was born as the Navy commissioned Ed Yost to see how hot air balloons could be used in the military and for scientific applications. They eventually abandoned the project, but Ed Yost envisioned the possibility of civilian uses for hot air balloons.

On October 22, 1960 Paul E. (Ed) Yost piloted the maiden flight of a new type of hot balloon and the modern era of hot air ballooning was born!

Some Numbers About Ballooning

This year marks the 41st anniversary of the Red Rock Balloon Rally.  What began as a small but earnest effort by four individuals to share the unique flying challenge offered in the incredible red rock formations east of Gallup, New Mexico has grown into one of the largest ballooning events in the world.

The Red Rock Balloon Rally Association, which hosts the balloon rally, has been uplifting the Gallup community since 1981, partnering with many non-profit groups and contributing tens of thousands of dollars to their fund raising efforts. The Association is run by an all volunteer committee and has never had a paid staff which speaks loudly to the dedication of its members.